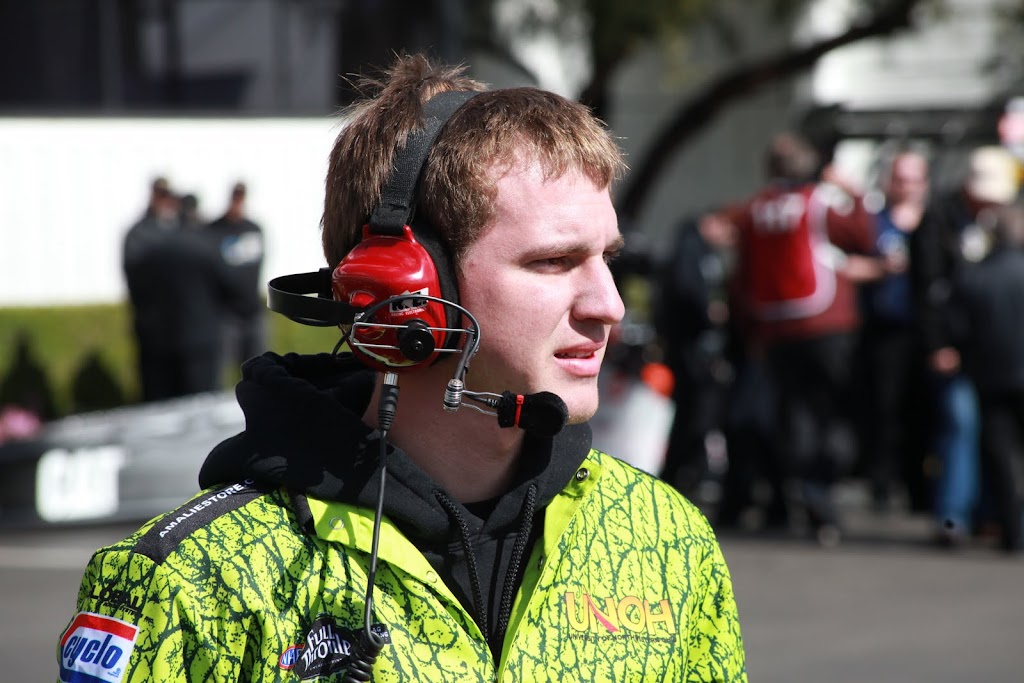 Along with flying the same sponsorship banners for his team, Lambright will also carry a “Student Driver” decal across the back wing of the 8,000 horsepower ride. “It’s a way for us to poke a little fun at him and at the same time pay tribute to the UNOH High Performance Motorsports program,” McMillen explained.

Lambright was born to be a drag racer. He was named after the International Drag Racing Hall of Fame member Austin Coil, who was an accomplished driver and the legendary tuner for John Force Racing. Lambright earned the nickname “Coil” from his teammates who noted his dedication to the sport. Lambright also counted Pat Austin as one of his favorite drivers growing up.

“My mom took me to the racetrack when I was six months old,” Lambright told CompetitionPlus.com earlier this year. “I lived at the racetrack from then on. My dad raced. I just worked my way up, started racing when I was 10 years old.” Lambright worked his way through the NHRA classes, competing in Jr. Dragsters, Super Gas, Super Comp, Alcohol Funny Car and now Top Fuel. 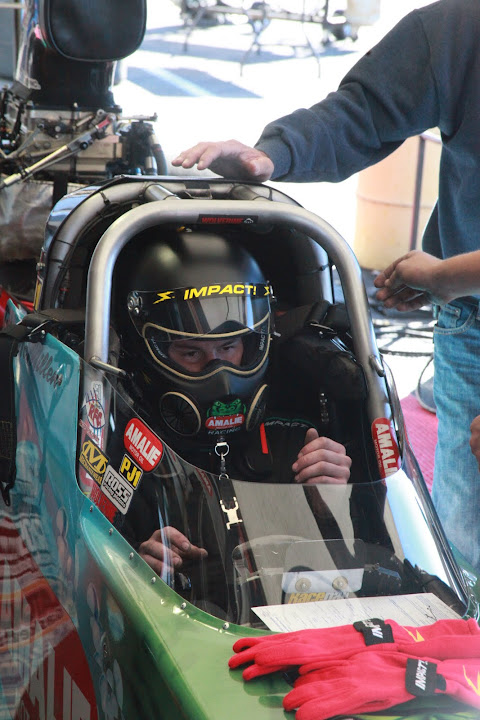 “I remember racing at Thunder Valley during the Junior Nationals years ago,” Lambright recalled.  “It’s a cool place. Racing through that valley between the mountains gives these cars a special sound.”

“I’m anxious for Friday to get here,” Lambright said. “I’m ready, the car is ready, it’s time to race.”

While Lambright is prepared to begin his Top Fuel career, he knows the weekend will be busier than normal as he pulls double duty as car-chief on McMillen’s ride and driver of the second Amalie Oil/UNOH Top Fuel Dragster.

When asked about his expectations for the weekend, Lambright showed maturity beyond his 24-year-old stature. “I’ve got to keep up with my duties on Terry’s car,” Lambright explained. “When I’m driving I just want to be a consistent driver and keep it in the groove. Our first goal is to get the car qualified. On Sunday we just want to have our car prepared well, I want to cut a good light and make a nice mid-nineties A to B run.”

Winning his first round in his first outing wouldn’t be a bad thing either.